You are currently browsing the monthly archive for September 2010.

Here at RTR HQ we like to consider ourselves trailing edge, covering all the stories that have already been slashdotted and boingboinged, not to mention Penny Arcaded. My?last post included the simulated 6502 project. The madness/brilliance of?this ALU simulator boggles my mind.?Yes, Minecraft is awesome, and for the low low price of $13.30 it’s had me in its terrible grasp for the past week, e.g. this.

I wanted to run through a few graphical bits about it. First, the voxel display engine is surprisingly fast for something that runs in the browser. Minecraft uses the?Lightweight Java Game Library to drive OpenGL.?Max McGuire figures that the program tracks the visible faces, i.e. all those between air and non-air, and then brute-force displays all these faces (using backface culling) within a given distance. The file format keeps track of 16x16x128 (high) chunks, so just the nearby chunks need display. I don’t know if the program’s using frustum culling on the chunks (I’d hope so!). Looks like no occlusion culling is done currently. The lighting model is interesting and nicely done, we haven’t quite figured it out; the game’s author, “Notch” (Markus Persson), notes that it was one of the trickier elements to make work efficiently.

Me, I’ve been looking at voxelization programs out there, to see if there’s a good one for turning models into voxel building plans (it’s a sickness, seriously). Patrick Min’s binvox (paired with his viewvox viewer) looks promising, since Patrick’s a good programmer (e.g., his CalcuDoku app), the program’s been around 6 years, and it’s open-source. Binvox uses the GPU to generate the voxel views, so it’s quite fast. It supports both parity counting and “carving”, and can also remove fully-interior voxels after processing. Parity count is for “watertight” models (closed and manifold, i.e. the polygon mesh correctly defines a solid object without gaps or self-intersections, etc.). Carving is taking 6 views and recording the closest occupied voxel from each direction. It won’t give you holes or crevices you can’t see from the 6 directions, but is otherwise good for polygonal models that are just surfaces, i.e., that don’t properly represent solids. See?his page for references to all techniques he uses.?I found a bug in Patrick’s OBJ reader yesterday and he fixed it overnight (fast service!), so I’m game to give it another go tonight. 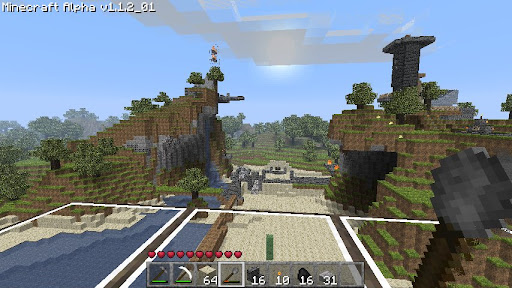 Here are a bunch of links to things that are graphical, but definitely not about hard-core interactive rendering. Basically, it’s stuff I found of interest that has a visual and technical component and that I’m compelled by the laws of the internet to pass on. It’s a pile of candy, so I recommend reading just a bit of this post each day. Which of course you won’t do, but at least your teeth won’t rot and you won’t gain 3 pounds.

There are two speed tricks with Gaussian filtering using the pixel shader. The first is that the Gaussian filter (along with the box filter) is separable: you can filter horizontally, then vertically (or vice versa, of course). So for a 9×9 filter kernel you then have 18 texture samples in 2 passes instead of 81 samples in a single pass. The second trick is that each of the samples you use can actually be in-between two texels, e.g. if you need to sample texels 1 through 9, you could sample just once in between 1 and 2 and use the GPU to linearly interpolate between the two, between 3 and 4, etc., for a total of 5 samples. So instead of 18 samples you could get by with 10 samples. This is old news, dating back to at least ShaderX2 and?GPU Gems, and we talk about it in our 3rd edition around page 469 on.

Some bits I didn’t know were discussed by this article by Daniel Rákos in his article, and also coded up by JeGX in a GLSL shader demo collection. First, I hadn’t thought of using the Pascal’s triangle numbers as the weights for the Gaussian (nice visualization here). To be honest, I’m not 100% sure that’s right, seems like you want the area under the Gaussian’s curve and not discrete samples, but the numbers are in the ball park. It’s also a heck of a lot easier than messing with the standard deviation; let’s face it, it’s a blur and we chop off the ends of the (infinite) Gaussian somewhat arbitrarily. That said, if a filtering expert wants to set me straight, please do.

The second tidbit: by using the linear interpolation trick, this shader was found to be 60% faster. Which sounds about right, if you assume that the taps are the main cost: the discrete version uses 9 taps, the interpolated version 5. Still, guessing and knowing are two different things, so I’m now glad to know this trick actually pays off for real, and by a significant amount.

The last interesting bit I learned was from a comment by heliosdev on Daniel’s article. He noted that computing the offset locations for the texture samples once (well, 4 times, one for each corner) in the vertex shader and passes these values to the pixel shader is a win. For him, it sped the process by 10%-15% on his GPU; another commenter, Panos, verified this result with his own benchmarks. Daniel is planning on benchmarking this version himself, and I’ll be interested what he finds. Daniel points out that it’s surprising that this trick actually gives any benefit. I was also under the impression that because texture fetches take so long compared to floating-point operations, that you could do a few “free” flops (as long as they weren’t dependent on the texture’s result) in between taps.

Long and short, I thought this was a good little trick, though one you want to benchmark to make sure it’s helping. Certainly, constants don’t want to get passed from VS to PS, that sort of thing gets optimized by the compiler (discussed here, for example). But I can certainly imagine computing numbers in the VS and passing them down could be more efficient – my main worry was that the cost of registering these constants in the PS inputs might have some overhead. You usually want to minimize the number of registers used in a PS, so that more fragments can be put in flight.

Clearing the Queue (a little)

Well, let’s see how far I get tonight in clearing the backlog of 219 potential resources I’ve stored up. Here goes:

September 7, 2010 in Resources by Eric | Permalink

We’ve updated our portal page a bit: added Black Rock Studio’s nice publications page, added some film and commercial research labs’ publication pages, and fixed some links. Also, with a bit of regret, I removed the links to the Google Group pages for comp.graphics.algorithms and comp.games.development.programming.algorithms (though the FAQ for c.g.algorithms is still handy). These groups (and I assume most groups in general) have turned into spam repositories. The first group in particular has a special meaning for me, as comp.graphics.* is where I met a lot of graphics programmers back in the 80’s and 90’s and learned a bunch of techniques.

Happily, there are packrats on the internet; Steve Hollasch has a nice collection of the best of comp.graphics and other internet graphics sources. Some web-rot there with the external links, but the comp.graphics postings are solid. A few are dated, but there’s much that is still relevant today. I noticed a page I hadn’t seen before, a SIGGRAPH ’92 satire – some funny bits there (e.g. The Freehand Generation of Fractal Curves using only a Lightpen and Caffeine).

Which reminds me of a classic page that everyone should at least skim: “WARNING:?Beware of VIDEA“. It’s about a bogus conference, now long-gone (though the so-called institute that ran it back then still held 23 conferences this year). Werner Purgathofer and colleagues submitted silly abstracts to this conference and all were accepted without review. Check out the abstracts on his page.?Werner’s overview page also gives links to a number of related publications scandals: nonexistent peer review, plagiarism, automatic paper writing, etc. If nothing else, check out SCIgen if you haven’t seen it before.

I’ve been on vacation this week. Kayaked this morning, biked this afternoon (I sound so studly. but it’s all been fairly easy stuff, though sweaty). Catching up on my Wired magazines while waiting for the shower, I ran into this surprising article. Who would have thought the Rendering Equation would be a little article in any popular magazine, ever? Sure, it’s mostly Wired establishing geek-cred – the equation could really use a figure and a bit more explanation to appreciate it – but still fun to see.