You are currently browsing the monthly archive for April 2012.

How to Submit SIGGRAPH Talks or Dailies at the Last Minute

UPDATE: The Dailies deadline has been pushed back to May 21st.

The last deadline for submitting SIGGRAPH Talks and Dailies is on May 1st, in just two days (the exact deadline is 22:00 UTC/GMT on May 1st – you can use this website to find out what time that is where you are).

That doesn’t leave much time at all. However a submission to either program can be done quickly, and I’m going to detail the exact steps needed. I’ll list Talks and Dailies separately, since each of these programs not only has a different submission procedure but is relevant to a different audience (Talks are typically presented by graphics programmers and tech artists; Dailies by production artists). This post in general is geared towards game developers rather than researchers, so I’m talking about Word rather than LaTeX, etc.

Author-Izer, and what do publishers provide

There’s a new service provided by ACM’s Digital Library: Author-Izer. Short version: if you have published something with the ACM, and you have a preprint of the paper on your own or your company’s website, you can provide the ACM DL this link for your article and they’ll put it with the article reference. This is fairly sporting of the ACM. If you’re an author it’s worth this bit of effort to give your work wider dissemination. Linking also can provide the ACM with download statistics from your site and so give a better sense of the impact of your paper (or at least inflate your statistics compared to people not using Author-Izer).

As a reader without an ACM DL subscription, it’s still better to go to Ke-Sen Huang’s site or Google Scholar, where these external author sites have been collected without each author’s effort. For example, free preprints of 95% of SIGGRAPH 2011 papers are linked on Ke-Sen’s page. In a perfect world, the ACM would simply hire Ke-Sen for a few days and have him add all his external links of authors’ sites to their database. I’d personally toss in $20 towards that effort. I suspect there are 18 reasons given why this would not be OK – “we want individual authors to control their links” (but why not give a default link if the author has not provided one?), “we’re not comfortable having a third party provide this information” (so it’s better to have no information than potentially incorrect information leading you, at worst, to a dead link?), or the catch-all “that’s not how we do things” (clearly).

As Bernie Rous discusses, there’s a tension at the ACM between researchers, who want the widest dissemination of their work, and professional staff, who are concerned about the financial health of the organization. Author-Izer helps researchers, but there’s little direct benefit to the ACM’s bottom line. Unfortunately, currently the Author-Izer service seems to be virtually unknown. For example, the SIGGRAPH 2011 table of contents appears to have no Author-Izer links, though perhaps I’m missing them. I hope this post will help publicize this service a bit.

It’s nice that the ACM allows authors to self-archive, where they can provide preprints of their own work on their website or their institution’s. Most scholarly journals allow this archiving of preprints – more than 90%, according to one writer (and more that 60% allow self-archiving of the refereed final draft, which the ACM does not allow). For authors at academic institutions with such archives, great, easily done; for authors at games companies, film companies, self-employed, etc., it’s catch-as-catch-can. If the author hosts his own work and is hit by a meteor, or just loses interest, his website eventually fades away and the article is then available only behind a paywall. One understandable reason for ACM’s “must be hosted by the author or his institution” clause is that it disallows lower-cost paywalls from competing. But why not just specify that? I can see a non-compete clause like “the author will not host his preprint behind a paywall” (a restriction the ACM doesn’t currently have), but otherwise who cares where the article is hosted, as long as it’s free to download?

This restriction feels like a business model founded on being a PITA: instead of uploading his article to some central free access site and never thinking about it again, each author needs to keep track of access and deal with job changes, server reorganizations and redirects, company bankruptcy or purchase, Author-Izer updates, and anything else that can make his website go off the radar. Pose this problem to a thousand authors and the free system will be inherently weak and ineffectual, making the pay version more desirable.

I believe that many people in the ACM have their hearts in the right place, there’s no conspiracy here. However, the tension of running a paywall service like the Digital Library gives a “one hand tied behind my back” feel to efforts at more open access. If there were no economic constraints, clearly the ACM DL would be free and there would be no real point to Author-Izer. Right now there still are these financial concerns, very real ones.

A journal publisher used to offer:

The physical artifact of the journal itself is becoming rarer, and authors now do copy editing, illustrations, and most to all of the layout. The technical editors and reviewers are all unpaid, so their contributions are separate from the publisher itself – many journals have abandoned their publishers, as the recent Elsevier boycott has highlighted. So what is left that publishers provide?

Another way to look at it: what if publishers suddenly disappeared? Different systems would supplant their services, for good or ill: Google, for instance, might provide archiving for free (they already do this for magazines like Popular Science). Distribution is as simple as “get on the mailing list.” Reputation is probably the one with most long-term value. I don’t think I’d instead want to have a reddit up/down vote system, given the various problems it has.?CiteSeer and Google Scholar are pretty good at determining reputation by citation count. You can even check your own citation count for free. There are ways of determining a paper’s impact beyond simple citation counts, lots of people think about this.

I can imagine a few answers for why publishers matter – these disconnected solutions I mentioned are not necessarily the best answers. However, the burden of proof is on the publisher, both commercial and non-profit, to justify its continued existence. It will be interesting how the various open access initiatives play out and how they affect publishers.

So, please submit something to SIGGRAPH Mobile so that I can further justify attending this year. Deadline is May 1st.

One key research direction: making the phone no longer fit in your pocket. These are some designs to beat (click on the image for more info). 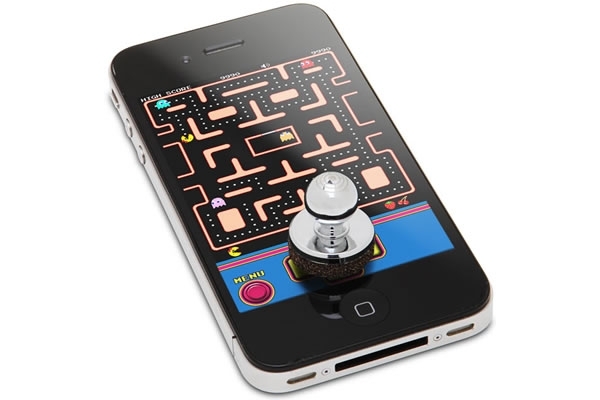 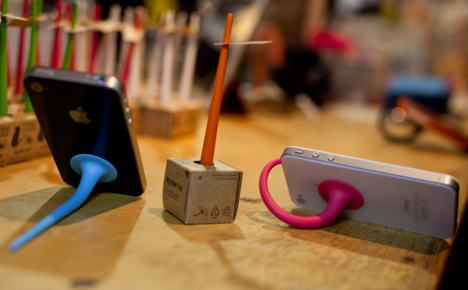 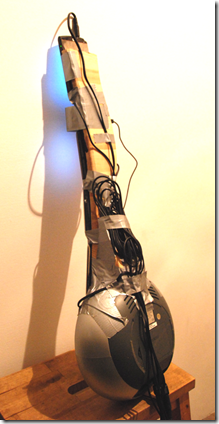 One of the best SIGGRAPH venues for showing off real-time rendering applications, Real-Time Live, has a deadline on April 9th – just four days away.

SIGGRAPH Real-Time Live is a showcase of the very best real-time graphics of the year, running live before a large audience of the world’s top graphics researchers and practitioners.

Presentations are about 5-10 minutes long, and typically involve one presenter running the application while another discusses some key technical features. The trailer can give an idea as to what these presentations are like. Previous year’s Real-Time Live presentations have included games such as “God of War III”, “Fight Night”, and “Blur”, graphics demos from GPU & engine vendors as well as the demoscene, and other cutting-edge examples of the best of real-time graphics – scientific visualization, medical imaging, you name it.

The deadline is only 3-4 days away, but fortunately submission to the program is easy, requiring only five minutes of footage and filling out some web forms. If you’ve worked on any kind of real-time graphics application, you may want to consider submitting it to this unique program.

From the Solid Angle (Arnold renderer) guys, an ad in this month’s Cinefex: