The High-Performance Graphics 2017 conference call for participation is here.

Summary: deadline for papers is Friday April 21st. Conference itself is Friday-Sunday, July 28-30, colocated with SIGGRAPH in Los Angeles.

For me, this is one of the two great conferences each year for interactive rendering related papers (SIGGRAPH’s papers selection, for whatever reasons, seems to have mostly moved on to other things).

If you’re reading this after June 18th, oh well…

Me, I wouldn’t rate SIGGRAPH the premier interactive rendering research conference any more: I3D or HPG publish far more relevant results overall. SIGGRAPH still has a lot of other great stuff going on, and there are enough things of interest to me this year that I’m happy to be attending:

February 24, 2012 in Miscellaneous by Eric | Permalink

HPG is a great little conference squarely aimed at interactive rendering techniques, including areas such as hardware and ray tracing. It will be June 25-27 in Paris (France, not Texas), colocated with another excellent gathering of researchers, the Eurographics Symposium on Rendering. See the HPG call for participation and EGSR CFP for more information. 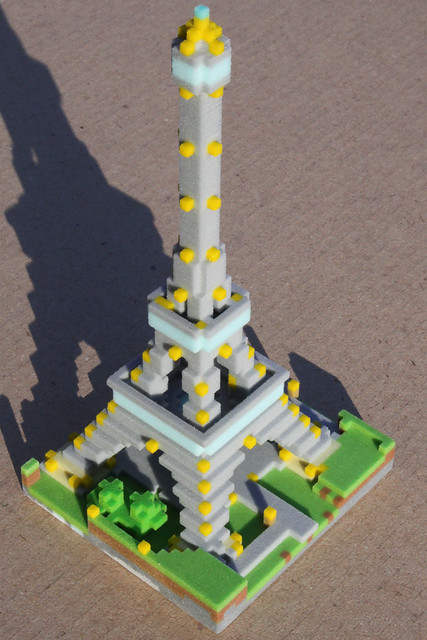 The High Performance Graphics 2012 Call for Participation is up, go get it. HPG 2012 is in Paris (France, not Texas) June 25-27, co-located with EGSR, another excellent symposium.

The harddrive on my main computer died, which has the odd effect of making me have more time for blogging (and less for screwing around on random stuff). So, seven things:

Last week EGSR 2011 papers started to appear at Ke-Sen’s site. Now the HPG 2011 papers are up. How does he do it? Search, search, search (or people let him know). The EGSR schedule is up here. ?The HPG Paper Chairs sent on the list of accepted paper titles and authors to Ke-Sen.

Ke-Sen has begun his magic: he’s started collecting EGSR 2011 papers. I expect to see an HPG 2011 page starting soon, once their final draft deadline is passed in three days.

Go get your reservation.?Even if you think you have a 10% chance of going to SIGGRAPH 2011 this year, I recommend holding a room now.?You can cancel the reservation later at no cost until July 21.

Me, I went with the Empire Landmark Hotel, as it was a good balance between price and distance (location also sounded good). The YWCA was very tempting, though – really, if you’re traveling alone (I’m with 2 others), it’s an incredible bargain ($99 a night) for a single person and has a noticeably higher rating than the Empire Landmark on TripAdvisor.

Oh, also, if you’re an interactive rendering type of person, don’t forget that HPG 2011 is colocated with SIGGRAPH 2011 and starts on August 5 (a Friday), so you might want to book from August 4th on. You can always carve off days from your reservation later. That said, choosing August 4th does trim down the available hotels a bit. For me, HPG is a must-attend; when it was colocated with SIGGRAPH in 2009 (it alternates between SIGGRAPH in North America and EGSR in Europe) I found it offered more relevant papers than all of SIGGRAPH itself.

December 13, 2010 in Miscellaneous by Naty | Permalink

High-Performance Graphics, although a relatively new conference in its current form, has had a large impact on the field; it is the venue of choice for breaking research on new antialiasing techniques, micropolygon rendering, and novel uses of GPUs for graphics. HPG 2011 will be co-located with SIGGRAPH 2011 in Vancouver, and is looking for paper, presentation, and poster submissions. The full CFP is included after the break:

END_OF_DOCUMENT_TOKEN_TO_BE_REPLACED

Some news, and some olds.